Only 9 days left to back Great Northern on KickStarter!

I was 14 years old in 1990. It was my first year of high school. The wallpaper-esque florals and highlighter bright fashion of the 80’s were beginning to give way to the flannel and chunky soles of the next decade, Milli-Vanilli embarrassed themselves into oblivion (c’mon, was it really THAT scandalous?), and Twin Peaks was by far the weirdest thing on television. Before we had Netflix in our pockets, before DVRs even existed for goodness’ sake, we made plans to watch our favorite shows at the time they aired. We walked to our living rooms bare footed in the snow and uphill BOTH WAYS just to witness the genius that was David Lynch’s bizarre dreamworld of Twin Peaks. And it was totally.worth.it.

Since becoming a knitwear designer, I have often thought a Twin Peaks inspired collection had tremendous potential, so I was super excited to learn that my fellow designers and friends, Leah Coccari-Swift and Teresa Gregorio are teaming up to create Great Northern, a book of women’s sweaters, accessories, and housewares inspired by the cult-television show.

The show’s discordant atmosphere and unusual characters inspired both designers to create a collection of vintage-inspired knits infused with a wearable, modern sensibility. They’ve been busy working on the designs and sharing peeks on their Instagram feeds lately. As a long time fan of the show I love seeing the process from inspirational concept to finished pieces, and I can’t wait to see this book happen! 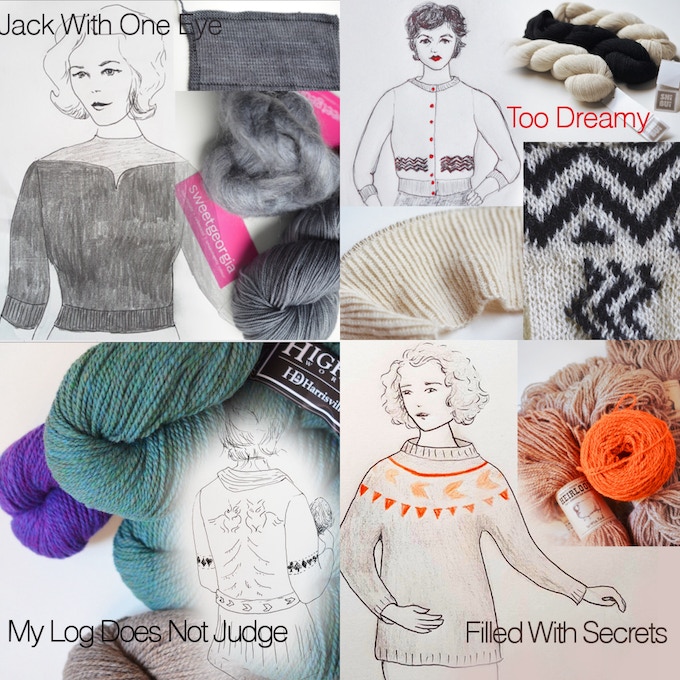 While the designs are well underway, the funds for photography, tech editing, graphic design, printing, and shipping, are being crowd-sourced through their KickStarter Campaign going on right now! There are some fantastic incentives for backers to choose from such as book pre-orders, patterns and collections from other designers (including me!), and so much yarn! Go check it out right now – there’s only 9 days left to fund this project and know you had a part in bringing this collection to life!

And I would be remiss not to pay respects to the late Catherine Coulson, the actor who played Log Lady on Twin Peaks, who passed just two days ago. Thank you, Catherine. You are forever missed.

This entry was posted in News, Uncategorized. Bookmark the permalink.

This site uses Akismet to reduce spam. Learn how your comment data is processed.